The inception and delivery of this spectacular collection was a dream project to work on.

Universal Pictures International wanted to celebrate the first-time arrival on Blu-ray of most of their Alfred Hitchcock films, every one of them a bona fide classic that wouldn’t be out of place in a museum of filmmaking.

This sparked an idea for our concept; collector’s packaging reminiscent of the glass cases found on show in museums. But the stunning look of the external packaging was just the beginning. Inside was a sumptuous coffee-table book featuring a page, in chronological order, for each film, with fascinating and little-known facts about the film, their productions and their cast – all of them personally researched and selected by our Creative Director. Through the research process, we’d also found and included replicas of the original storyboard concept for the famous shower scene in Psycho, blueprints for the Bates house, costume and make-up cards and original theatrical posters.

From concept and research, to art direction and localisation of every element, and all the way through to printing, this was a truly end-to-end project which was delivered with immense precision and attention to detail. 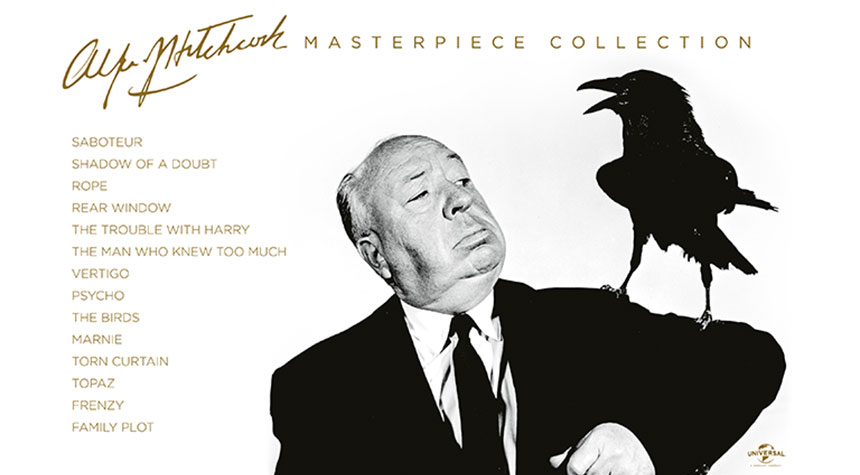 “It just looks amazing!
I’ve almost shed a tear…
Well done to you and your team.”